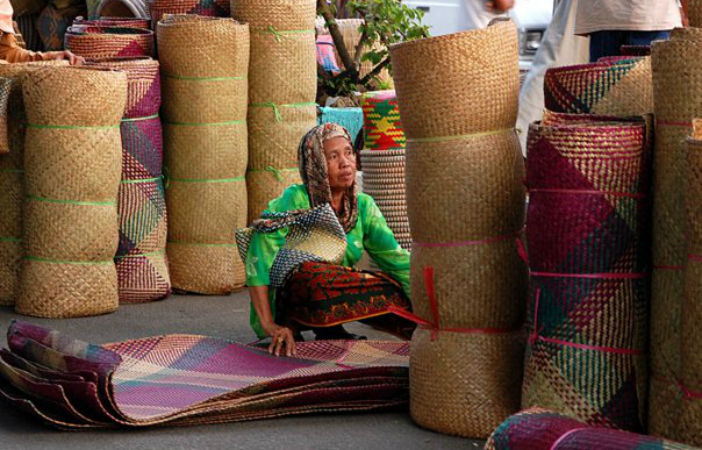 MSMEs is a sector that has proven to have a massive effect on the economy. According to the Cooperatives and SME Ministry, in 2014, Indonesia had 57.9 million MSMEs which contributed to around 58.92 percent of the country’s gross domestic product (GDP).

Because of this the government has on a number of occasions stressed the need to push and empower the country’s MSMEs. One of the ways of doing that is by easing the interest rate of loans for these businesses.

When Joko Widodo took office in 2014, the lending rate of government-backed micro loans for, MSMEs known locally as KUR, was as high as 22 percent. The figure was deemed “unfair” and “dangerous” by Vice President Jusuf Kalla and was radically slashed by half in 2015 to 12 percent.

Following another cut in January 2016, the current rate now stands at 9 percent. The plan to reduce the KUR lending rate further was a token of the government’s “trust and support” to the poor and the disadvantaged, said Cooperatives and Small and Medium Enterprises Minister Anak Agung Gede Ngurah Puspayoga.

In a recent SME event in East Java, as reported by beritasatu.com, the minister said that although he noticed the economic growth is showing signs of improvement, economic strain is still felt by “small people” in the grassroots, which in a number of cases has led people to drop below the poverty line. The empowerment of the poor, therefore, needs to be a government priority, he said.
More Ambitious Despite Failure

Despite the government’s determination to empower MSMEs through the KUR, its policies has not been 100 percent effective. The KUR, a government program that works by subsidising state banks so they could cut their microcredit interest rate, failed to reach its disbursement target in Jokowi’s first full year as president.

In 2015, the total loans disbursed by the KUR program only reached Rp 21.4 trillion (US$ 1.6 billion), lower than the Rp 30 trillion targeted for the year. This was after assigning two more state-owned banks to help with Bank Rakyat Indonesia (BRI) with the disbursement of funds.

True to its spirit of supporting SME growth, this year the government has decided to increase the KUR disbursement target to just over Rp 100 trillion, despite failing to meet last year’s target.

In order to meet the ambitious target for 2016, the government has ramped up the effort to ensure that the fund reaches as many as Indonesia’s over 50 million MSMEs. Coordinating Economics Minister Darmin Nasution said 19 banks will be participating in the program this year, as well as an additional four multi-finance firms which are expected to disburse at least Rp 1.5 trillion of KUR loans this year.

The cooperatives and SME ministry told local media that it was targeting to disburse Rp 9 trillion a year, which by November would exceed the Rp 100 trillion disbursement target. In the January-February period, the ministry reports that it missed the target by Rp 4 trillion, recording a total disbursement of Rp 14 trillion. However, it said that it was still confident that it could achieve the year’s target.
Easing Permits Requirement

Another factor that is believed to have restricted the KUR fund to reach more MSMEs is the requirement for MSMEs to own a business permit in order to apply for the loans.

This had made it difficult, especially for micro and small enterprises, to access the loans as many of them never bother to get a business permit, which could cost them up to Rp 2 million.

To tackle this problem, the Home Ministry late last year issued a ministerial regulation which introduced the Micro and Small Enterprise Permit (IUMK) which is a free business permit for micro and small businesses that can be easily obtained from every district office in the country.

Owning this permit would enable micro and small enterprises to apply for the KUR loans and have their application processed by banks.

However, there may still be yet in the regulation, after the administration of Bandung, West Java, implemented an initiative that eliminates the requirement for micro enterprises to own a business permit to be officially recognized by the city administration. Instead, all they have to do is have their businesses registered by the city.

Puspayoga said his ministry was inspired by this system and has asked the Bandung mayor to presentat on the innovation. The idea, he said, will be suggested to the president and could result in an amendment to the presidential regulation on micro and small enterprises.
Implementation not as Impressive

The government’s policies and initiatives related to supporting MSMEs has been praised by a lot of parties, including by MSME associations.

Hermawati Setyorinni, the chairwoman of the Indonesian Micro, Small and Middle Enterprises Industry Association (Akumandiri), said that as far as policies are concerned, the government deserve all the praise and adulation they receive. But when it comes to implementation of the policies on the ground, it still has a lot of homework to do.

She took the example of the free IUMK for micro and small businesses. The policy is an exciting one at the top level, she said, but when you go to the people in the villages, the policy is barely implemented.

“I have received reports from so many association members in regions saying that they couldn’t get their free permits in district offices because the offices didn’t have the IUMK forms,” she told Asean Today.

Another thing the government must make a priority to support their policies is dissemination of information to those in regions. If this was done properly, she said, there would not be cases of the government falling short in the disbursement of funds.

Hermawati said that this does not mean that government officials have to go down to every village in the country to educate the locals. The government should be smart enough to make use of associations to help with dissemination, and many of them would be more than willing to help.

However, it would require for the government to be more proactive and aggressive in approaching associations for discussions, something Hermawati said the government has not been doing.

She added that her association has been helping the government with its program without it knowing, by holding dissemination sessions about KUR and other government programs.

“Sometimes we even invite government officials to the event. That’s our way of slapping the government, but in a gentle way,” she said.
Sumber 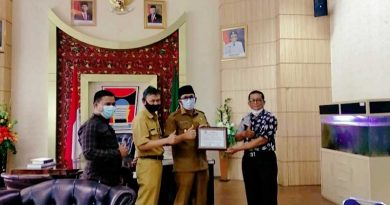